The ATB and Standard Scenarios

The NREL Standard Scenarios product is a suite of 18 forward-looking power sector scenarios that NREL projects use in its long-term capacity expansion model (ReEDS) and its market penetration model (dGen).

The scenarios encompass earth system feedbacks, electricity demand growth, electricity generation, existing fleet retirements, fuel prices, the policy and regulatory environment, resource and system constraints, and technology costs. Together, they make possible the transparent and quantitative examination of how various inputs impact the development of the power sector. Moreover, they provide the context and data to not only understand changes in the U.S. power sector but also inform stakeholder decision making regarding its future direction.

The scenarios, which are updated each year along with the ATB, include technology cost and performance assumptions from the ATB.

The Need for Standard Scenarios

Scenario analyses are an integral part of any integrated technology analysis portfolio and are used to inform long-term research and development (R&D) strategies. Transparent, harmonized assumptions are required for scenario analysis to inform these strategies. Technology cost and performance data—both current and future—are critical drivers of future deployment of electricity generation technologies.

The seminal analyses reported in the following publications, which all required technology cost and performance assumptions, motivated NREL to create the ATB to lend consistency to the analyses. 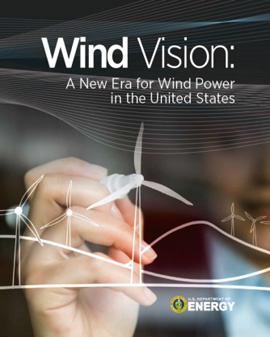 2016 Standard Scenarios and the Outlook on the U.S. Electricity Sector 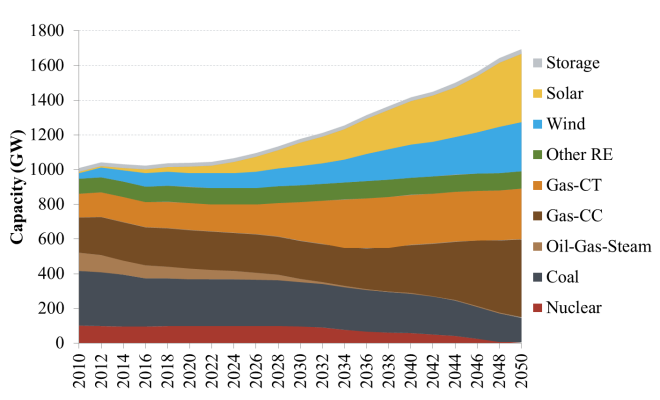 This figure from the 2016 Standard Scenarios Report shows projected capacity through 2050, according to a mid-case scenario.

In 2016, when NREL released the ensemble of standard modeling scenarios for the future, it also for the first time published a report summarizing an analysis based on the scenario results. Specifically, the 2016 Standard Scenarios Report: A U.S. Electricity Sector Outlook explores four key areas of change in the U.S. power sector: