Utility-scale PV systems in the ATB are representative of one-axis tracking systems with performance and pricing characteristics in line with a 1.3 DC-to-AC ratio-or inverter loading ratio (ILR) (Fu et al. (2017)). PV system performance characteristics in previous ATB versions were designed in the ReEDS model at a time when PV system ILRs were lower than they are in current system designs; performance and pricing in the 2018 ATB incorporates more up-to-date system designs and therefore assumes a higher ILR.

The total U.S. land area suitable for PV is significant and will not limit PV deployment. One estimate (Denholm and Margolis (2008)) suggests the land area required to supply all end-use electricity in the United States using PV is about 5,500,000 hectares (ha) (13,600,000 acres), which is equivalent to 0.6% of the country's land area or about 22% of the " urban area" footprint (this calculation is based on deployment/land in all 50states). 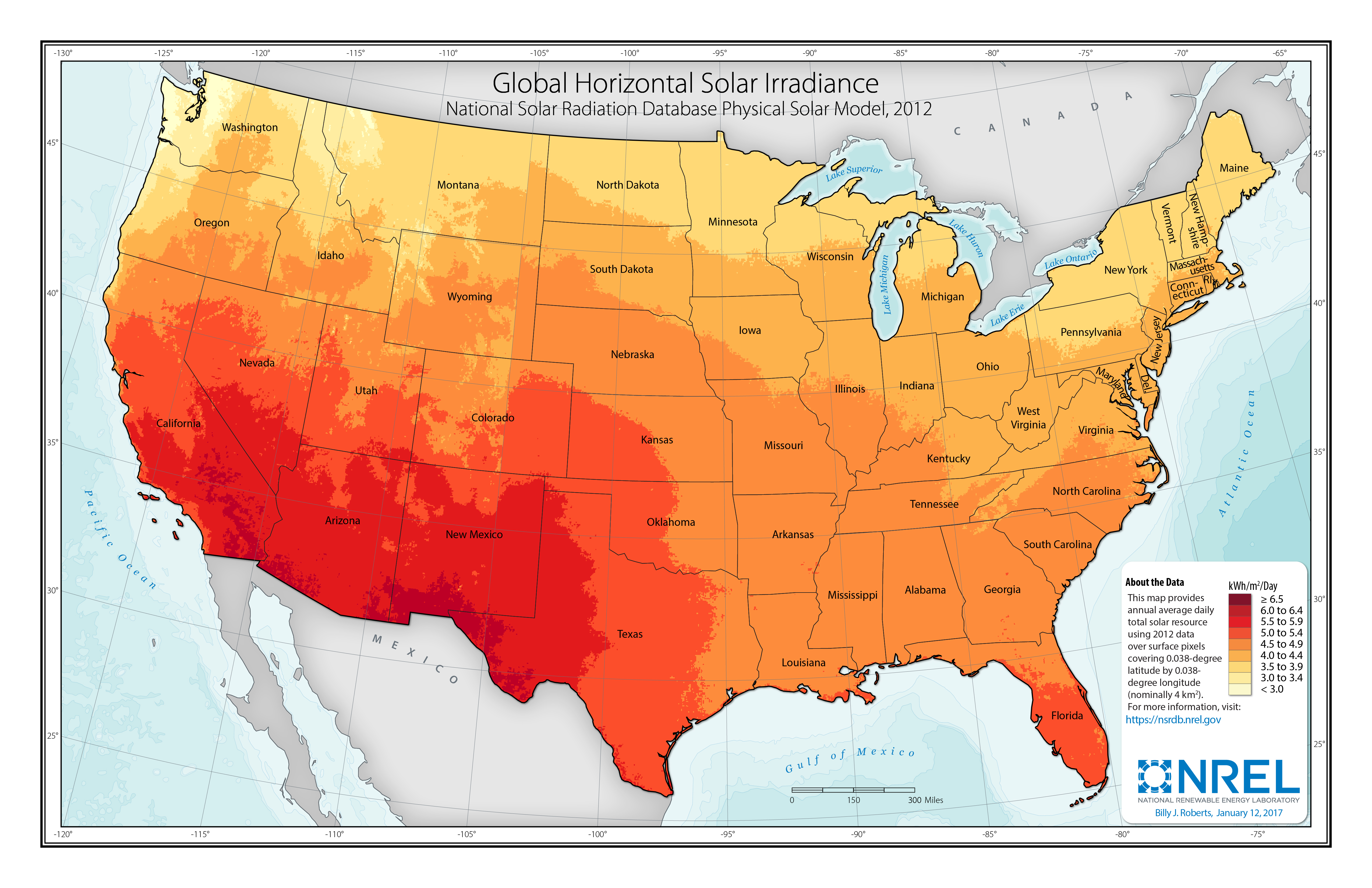 Renewable energy technical potential, as defined by Lopez et al. 2012, represents the achievable energy generation of a particular technology given system performance, topographic limitations, and environmental and land-use constraints. The primary benefit of assessing technical potential is that it establishes an upper-boundary estimate of development potential. It is important to understand that there are multiple types of potential-resource, technical, economic, and market (Lopez at al. 2012; NREL, "Renewable Energy Technical Potential").