When comparing the ATB projections with other projections, note that there are major differences in technology assumptions, radiation conditions, field sizes, storage configurations, and other factors. 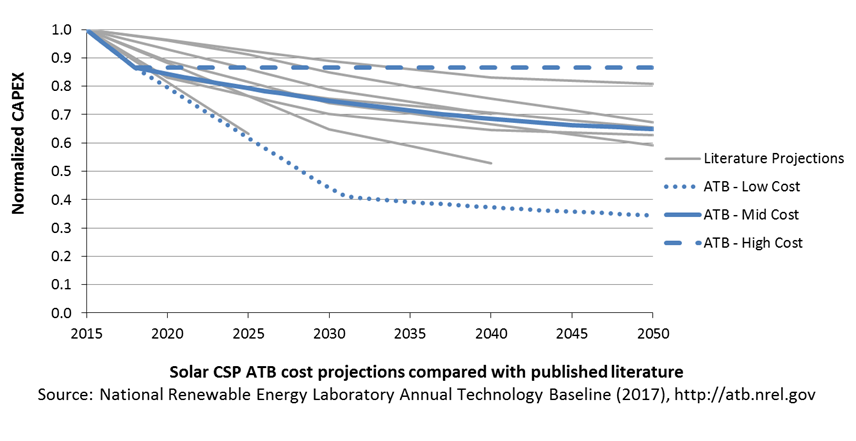 The Low ATB projection is based on the SunShot Vision Study (DOE 2012; Mehos et al. 2016 ) and has been vetted with solar industry representatives.

Attempts have been made to clarify the specifics of the other published CSP projections (e.g., number of hours of storage and solar multiple). As yet, this has not been possible in detail for the ATB 2017.

Projections of future utility-scale CSP plant CAPEX and O&M are based on three different projections developed for scenario modeling as bounding levels: