Concentrating solar power (CSP) technology is assumed to be molten-salt power towers. Thermal energy storage (TES) is accomplished by storing hot molten-salt in a two-tank system, which includes a hot-salt tank and a cold-salt tank. Stored hot salt can be dispatched to the power block as needed, regardless of solar conditions. In the ATB, CSP plants with 10 hours of TES are illustrated.

Solar resource is prevalent throughout the United States, but the Southwest is particularly suited to CSP plants. The direct normal irradiance (DNI) resource across the Southwest is some of the best in the world and ranges from 2,000 to 2,800 kWh/m2/year. The solar resource for the Southwest was found in Ballaben, Poliafico, and Hashem (2015). The raw resource technical potential of seven western states (Arizona, California, Colorado, Nevada, New Mexico, Utah, and Texas) exceeds 11,000 GW (almost tenfold current total U.S. electricity generation capacity), assuming an annual average resource > 6.0 kWh/m2/day and after accounting for exclusions such as land slope (>1%), urban areas, water features, and parks, preserves, and wilderness areas (Mehos, Kabel, and Smithers 2009). 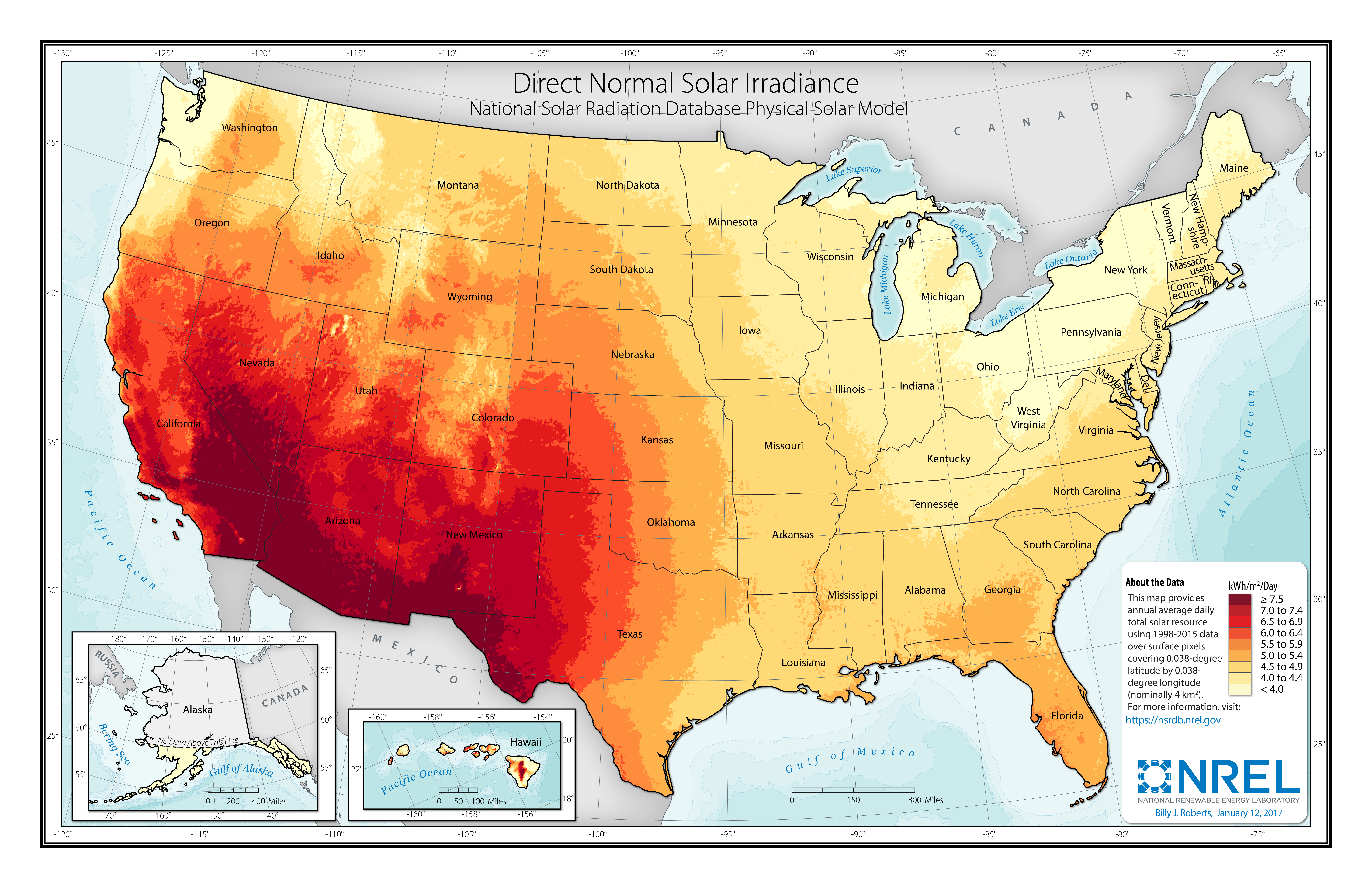 The Base Year estimates are made for 2015 (via an updated index of the ATB 2016) and for 2018, which has utilized a recent assessment of the industry and has expected project completion in 2018.