The process outlined above is adapted from Duke Energy ("How Energy Works"). Coal plant emissions and performance are also impacted by the kind of coal (coal rank) that the plant burns. Lignite, subbituminous, bituminous, and anthracite coal all are of varying quality. The amount of moisture, sulfur, and ash in a particular type of coal can have significant influence on coal plant operation, design, and cost. 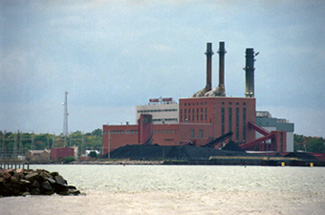 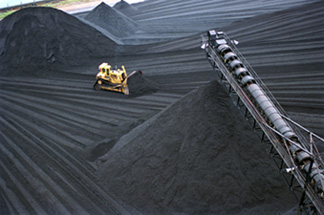 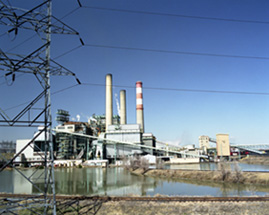 Renewable energy technical potential, as defined by Lopez et al. 2012, represents the achievable energy generation of a particular technology given system performance, topographic limitations, and environmental and land-use constraints. Technical resource potential corresponds most closely to fossil reserves, as both can be characterized by the prospect of commercial feasibility and depend strongly on available technology at the time of the resource assessment. Coal reserves in the United States are assessed by the United States Geological Survey (USGS, "Coal Assessments"). 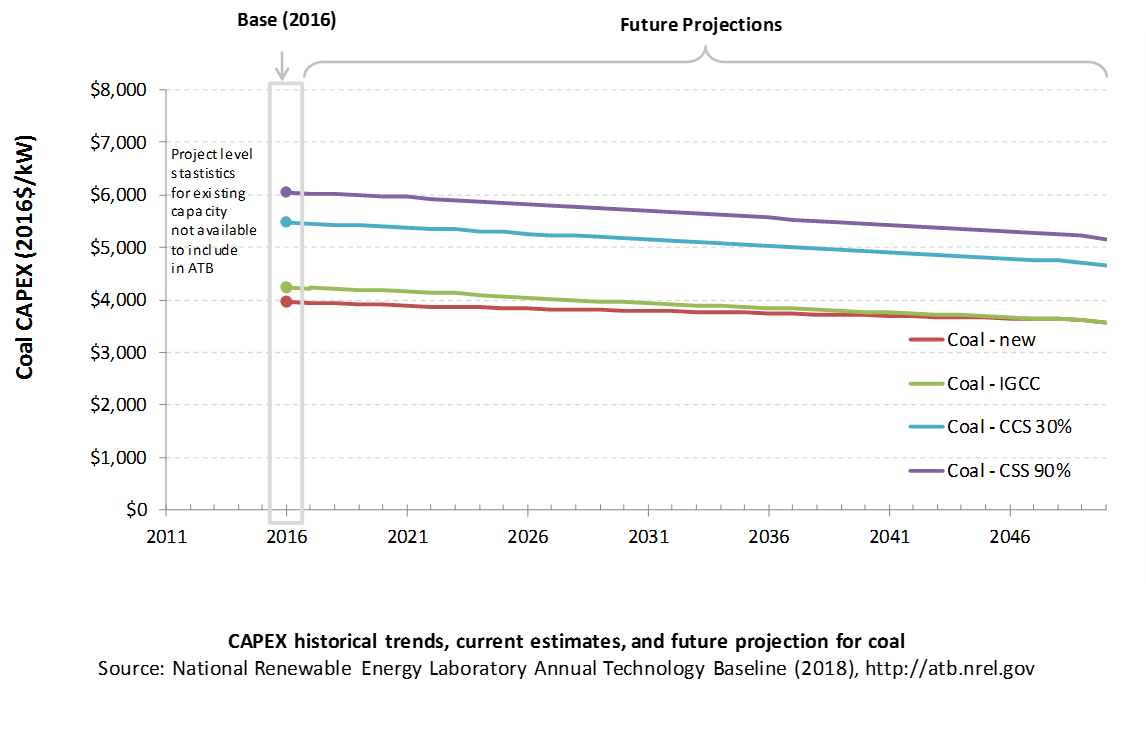 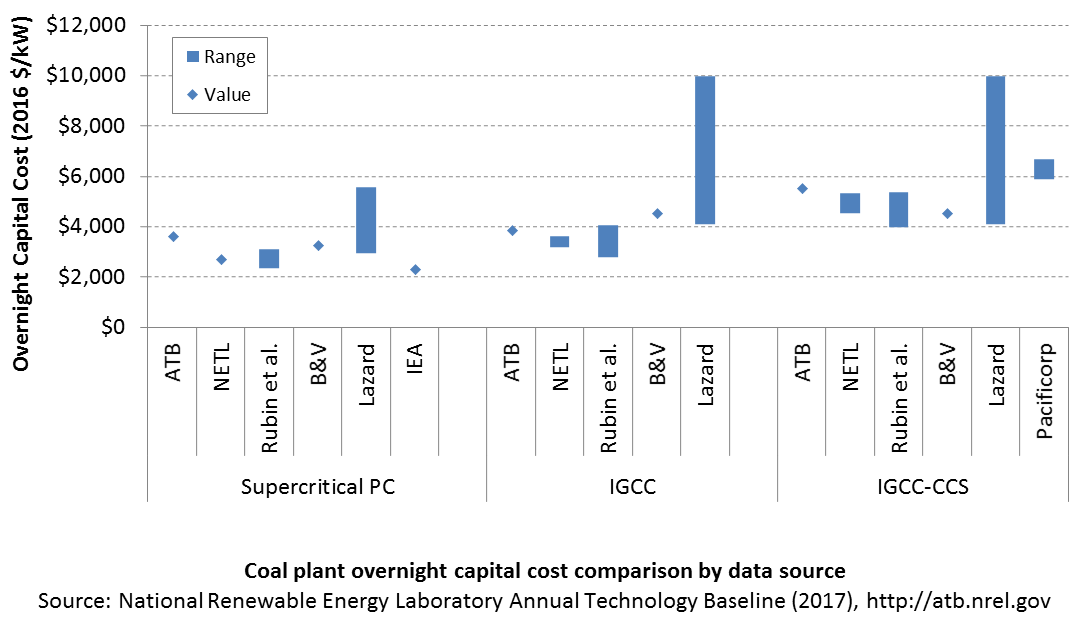 Lazard (2016) does not explicitly define their ranges with and without CCS; thus, the high end of their pulverized coal and IGCC ranges and the low end of their IGCC-CCS range are assumed to be the middle of the full reported range. All sources have been normalized to the same dollar year. Costs vary due to differences in system design (e.g., coal rank), methodology, and plant cost definitions. The coal capital costs include environmental controls to meet current federal regulations.

Fuel costs, which are just passed through to end user, are taken from EIA (2017).

For the ATB, coal-CCS technology is ultra-supercritical pulverized coal technology fitted with CCS. Both 30% capture and 90% capture options are included for the coal-CCS technology. The CCS plant configuration includes only the cost of capturing and compressing the CO2. It does not include CO2 delivery and storage.

In the ATB, CAPEX represents each type of a coal plant with a unique value. Regional cost effects associated with labor rates, material costs, and other regional effects as defined by EIA 2016a expand the range of CAPEX. Unique land-based spur line costs based on distance and transmission line costs are not estimated. The following figure illustrates the ATB representative plant relative to the range of CAPEX including regional costs across the contiguous United States. The ATB representative plants are associated with a regional multiplier of 1.0. 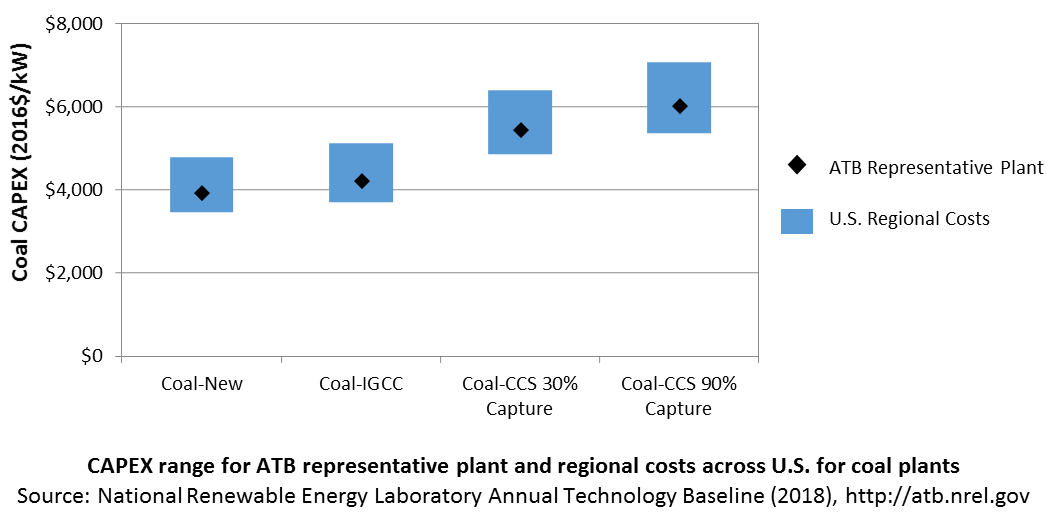 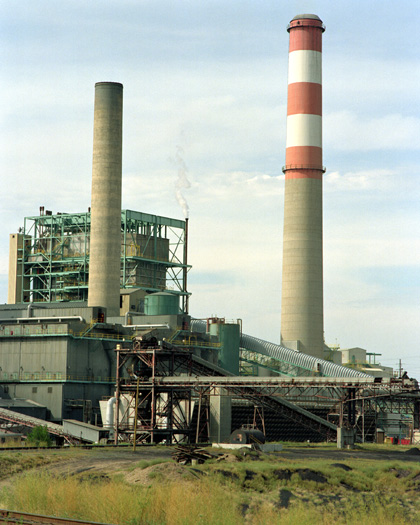 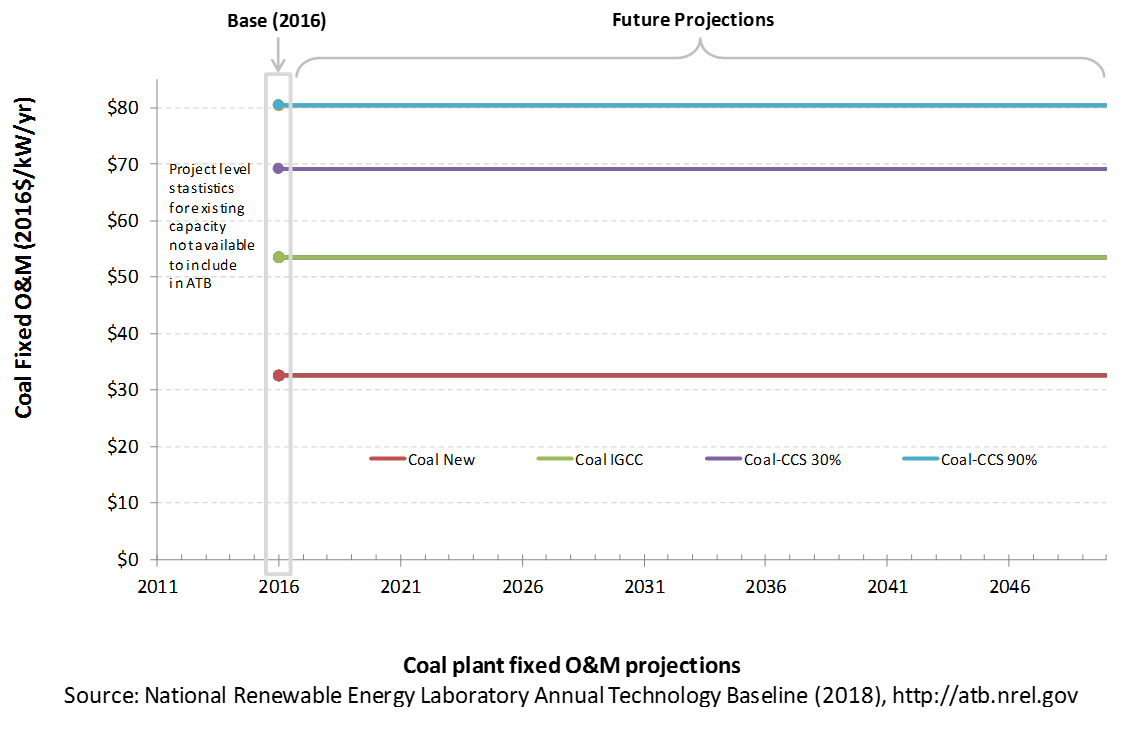 The capacity factor of dispatchable units is typically a function of the unit's marginal costs and local grid needs (e.g., need for voltage support or limits due to transmission congestion).

Coal power plants have typically been operated as baseload units, although that has changed in many locations due to low natural gas prices and increased penetration of variable renewable technologies. The average capacity factor used in the ATB is the fleet-wide average reported by EIA for 2015. The high capacity factor represents a new plant that would operate as a baseload unit.

Even though IGCC and coal with CCS have experienced limited deployment in the United States, it is expected that their performance characteristics would be similar to new coal power plants. 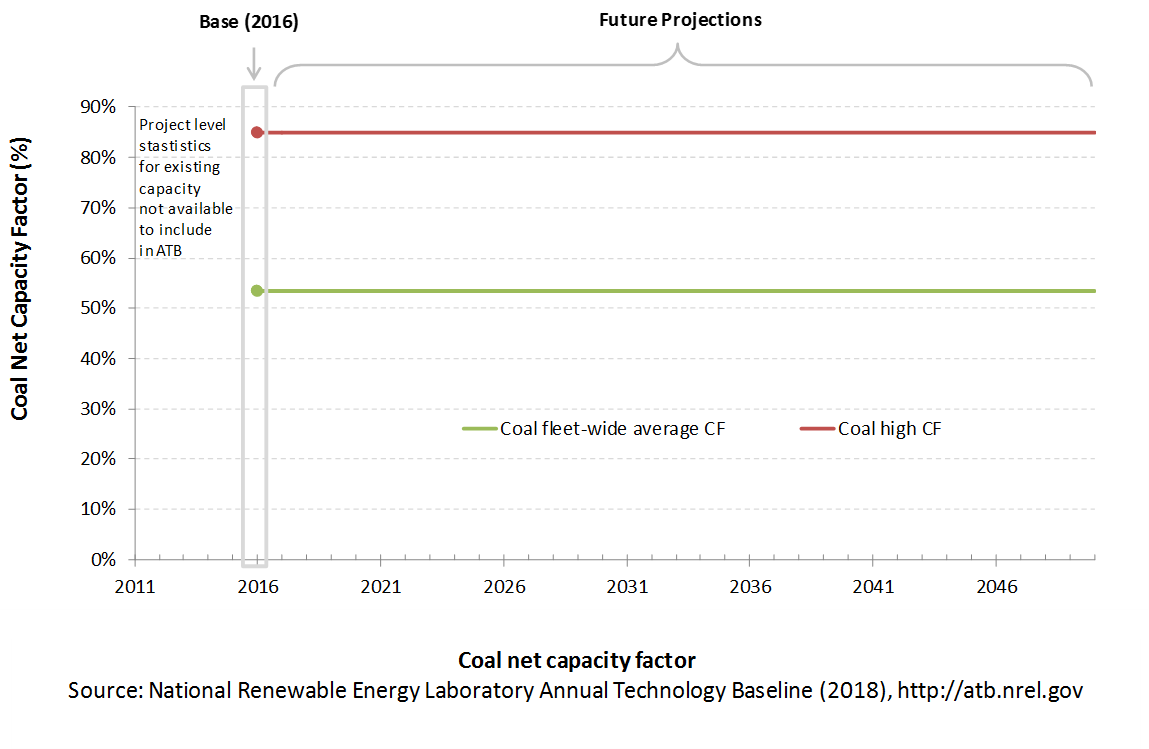