The ATB includes both dedicated biopower cost options and a biomass cofired with coal option. The cost and performance characteristics of these plants are adapted from EIA data rather than derived from original analysis.

Biopower plant CAPEX is taken from the AEO2019 Reference Scenario (EIA, 2019a) with the adjustments discussed in the CAPEX definition section. 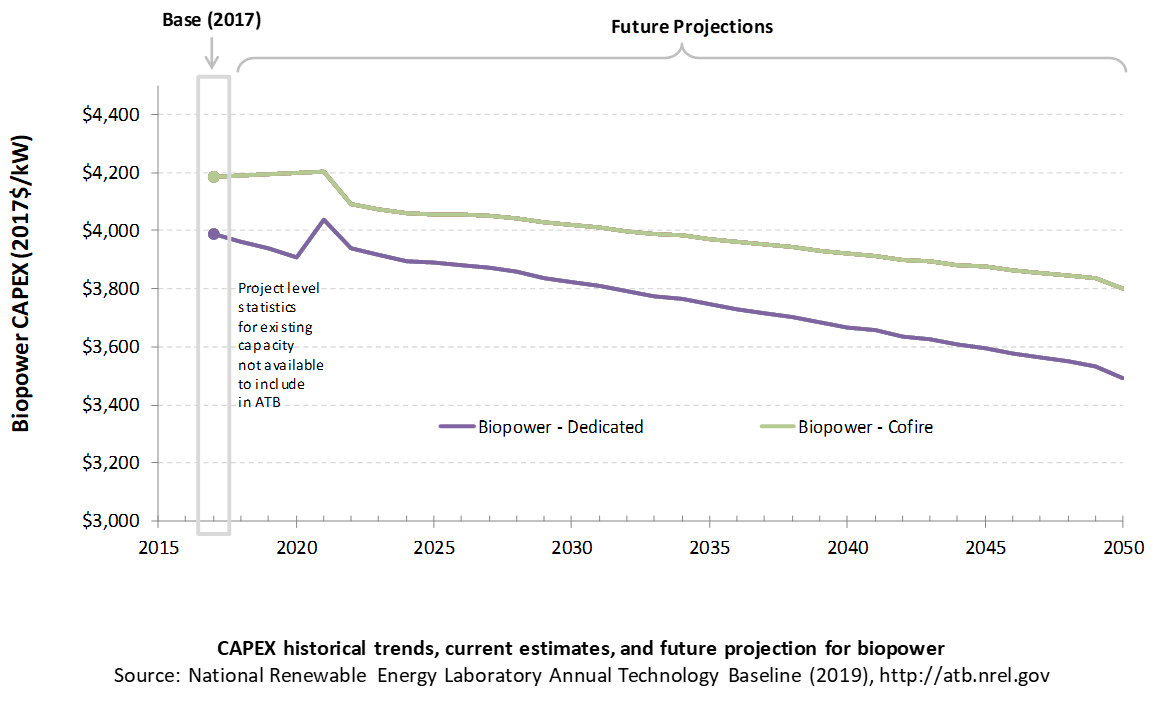 In the ATB, CAPEX represents each type of biopower plant with a unique value. Regional cost effects associated with labor rates, material costs, and other regional effects as defined by (EIA, 2016) expand the range of CAPEX. Unique land-based spur line costs based on distance and transmission line costs are not estimated. The following figure illustrates the ATB representative plant relative to the range of CAPEX including regional costs across the contiguous United States. The ATB representative plants are associated with a regional multiplier of 1.0.

Biopower power plant fixed and variable O&M costs are taken from table 8.2 of the AEO2019, and they are assumed to be constant over time. 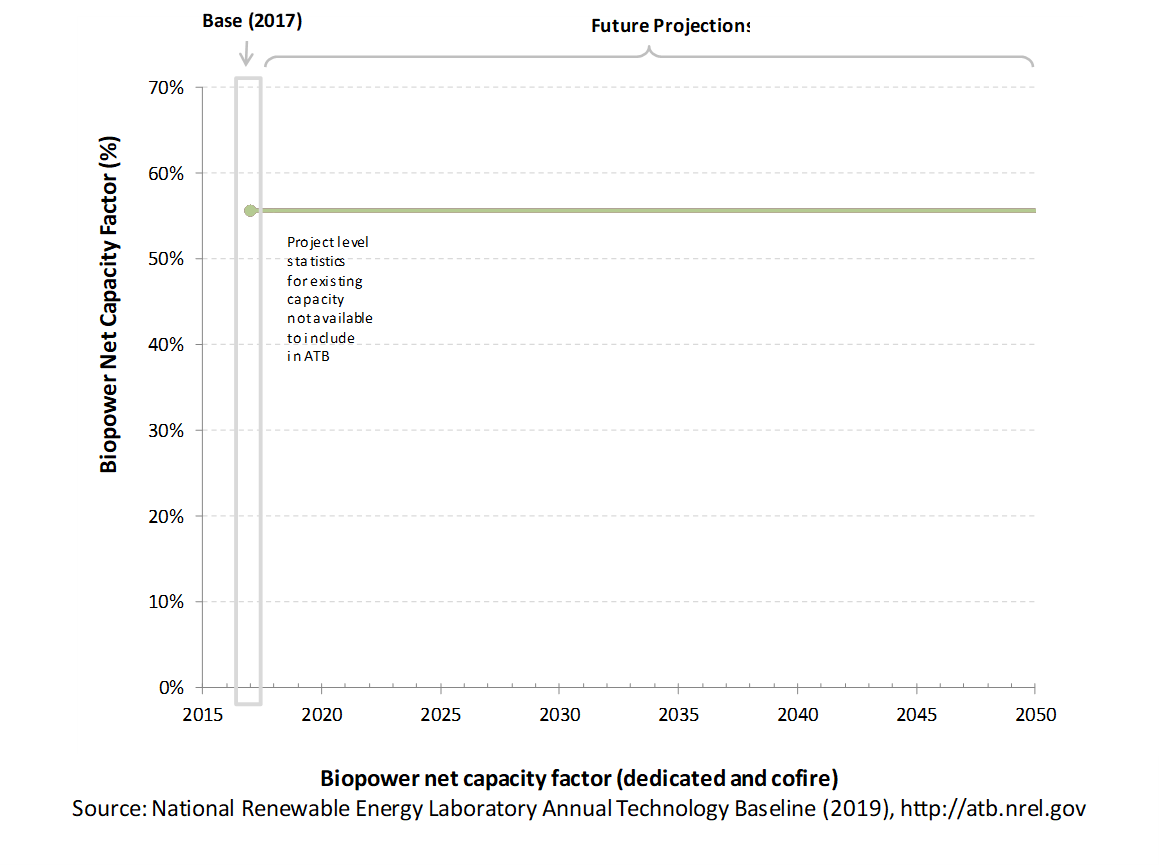 Current estimates and future projections are taken as the 2017 capacity factor from EIA (2019b).

The following three figures illustrate LCOE, which includes the combined impact of CAPEX, O&M, and capacity factor projections for biomass across the range of resources present in the contiguous United States. For the purposes of the ATB, the costs associated with technology and project risk in the U.S. market are represented in the financing costs but not in the upfront capital costs (e.g., developer fees and contingencies). An individual technology may receive more favorable financing terms outside the United States, due to less technology and project risk, caused by more project development experience (e.g., offshore wind in Europe) or more government or market guarantees. The R&D Only LCOE sensitivity cases present the range of LCOE based on financial conditions that are held constant over time unless R&D affects them, and they reflect different levels of technology risk. This case excludes effects of tax reform, tax credits, and changing interest rates over time. The R&D + Market LCOE case adds to these financial assumptions: (1) the changes over time consistent with projections in the Annual Energy Outlook and (2) the effects of tax reform and tax credits. Data for all the resource categories can be found in the ATB data spreadsheet; for simplicity, not all resource categories are shown in the figures. 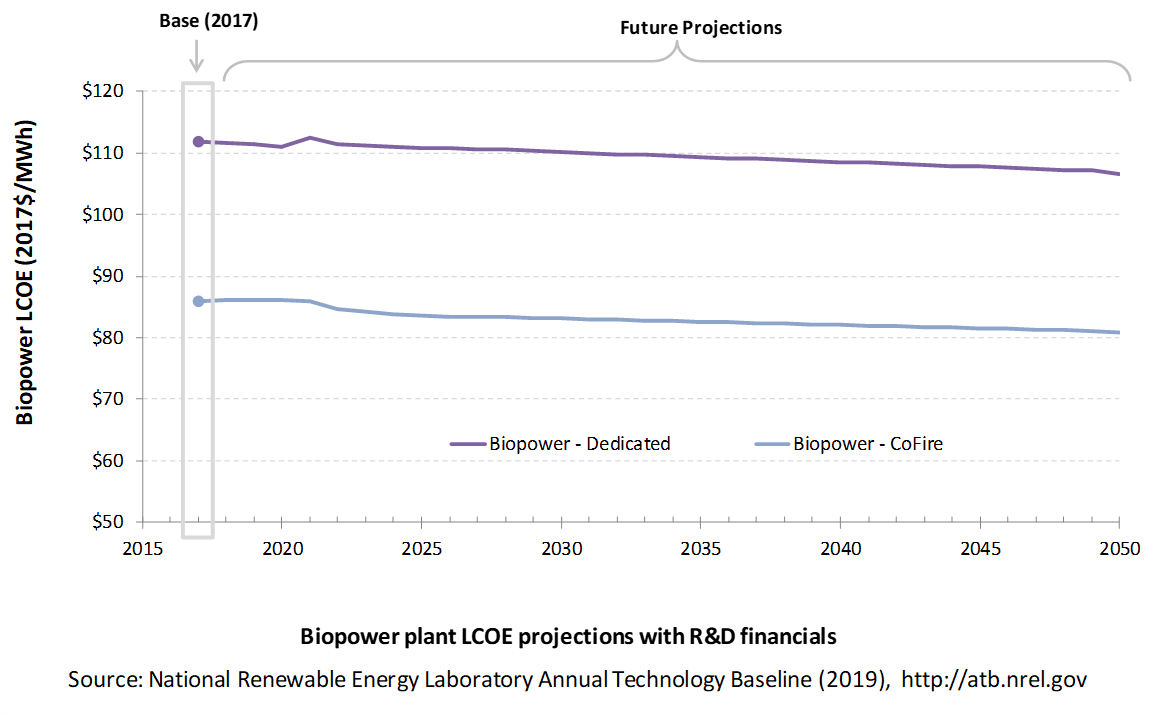 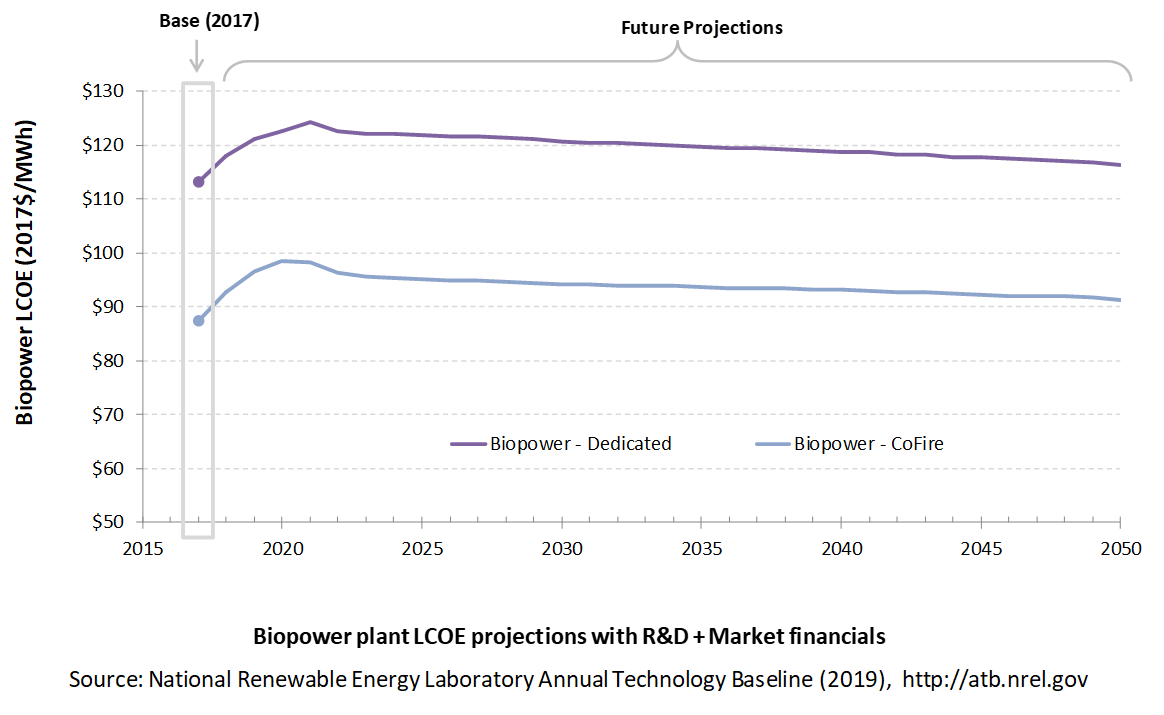 To estimate LCOE, assumptions about the cost of capital to finance electricity generation projects are required, and the LCOE calculations are sensitive to these financial assumptions. Two project finance structures are used within the ATB: