Energy storage technologies are important to document in the ATB because of their potential role in enhancing grid flexibility, especially under scenarios of high penetration of variable renewable technologies. CSP with TES and Hydropower both include storage capabilities, and a variety of other storage technologies could enhance the flexibility of the electrical grid. This section documents assumptions about only one of them: 4-hour, utility-scale, lithium-ion battery storage. NREL has completed recent analysis on ranges of costs related to other battery sizes (Fu, Remo, & Margolis, 2018) with relative costs represented in Figure ES-1 of the report (included below) which looked at 4-hour to 0.5 hour battery duration of utility scale plants. 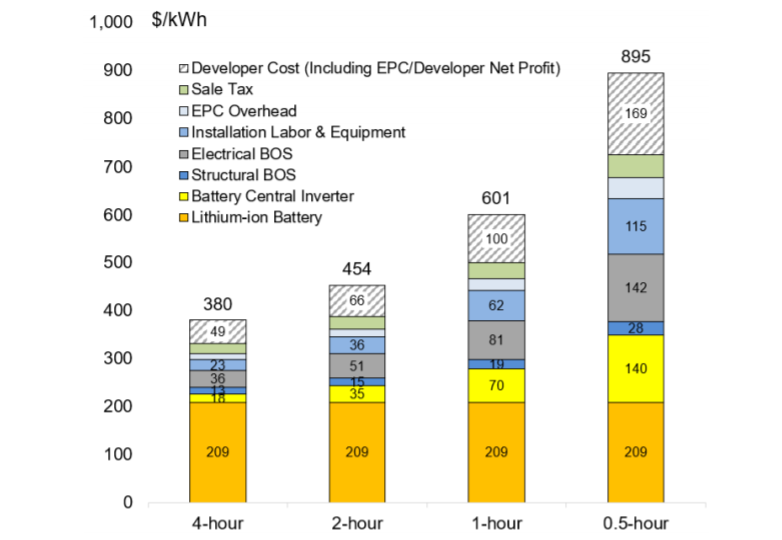 The ATB does not currently have costs for distributed battery storage-either for residential nor commercial applications behind the meter nor for a micro-grid or off-grid application. NREL has completed prior work on residential battery plus solar PV system analysis (Ardani et al., 2017) resulting in a range of costs of PV+battery systems as shown in the figure below. Note these costs are for 2016 and published in 2017, so we anticipate battery costs to be significantly lower currently. 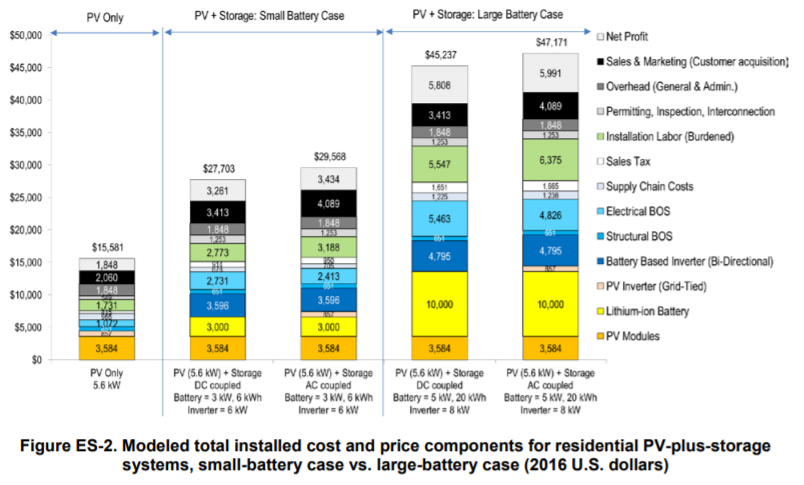 Battery cost and performance projections are based on a literature review of 25 sources published between 2016 and 2019, as described by Cole and Frazier (2019) . Three different projections from 2017 to 2050 were developed for scenario modeling based on this literature:

ATB CAPEX, O&M, and round-trip efficiency assumptions for the Base Year and future projections through 2050 for High, Mid, and Low technology cost scenarios are used to develop the NREL Standard Scenarios using the ReEDS model. See ATB and Standard Scenarios.

The representative technology was a utility-scale lithium-ion battery storage system with a 15-year life and a 4-hour rating, meaning it could discharge at its rated capacity for four hours as described by Cole and Frazier (2019) . Within the ATB spreadsheet, the costs are separated into energy and power cost estimates, which allow capital costs to be constructed for durations other than 4 hours according to the following equation:

For more information on the power vs. energy cost breakdown, see Cole and Frazier (2019) . 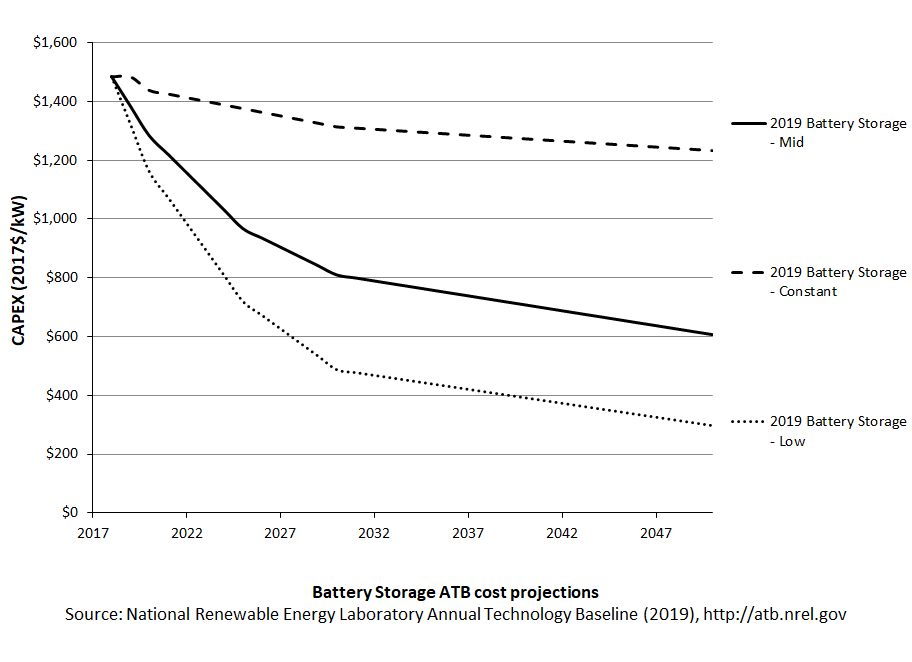 The literature review does not enumerate elements of the capital cost of lithium-ion batteries (Cole, Wesley & Frazier, A. Will, 2019). However, the NREL storage cost report does detail a breakdown of capital costs with the actual battery pack being the largest component but significant other costs are also included. This breakdown is different if the battery is part of a hybrid system with solar PV. These relative costs for utility-scale standalone battery and battery + PV are demonstrated in the figure below (Fu, Remo, & Margolis, 2018). 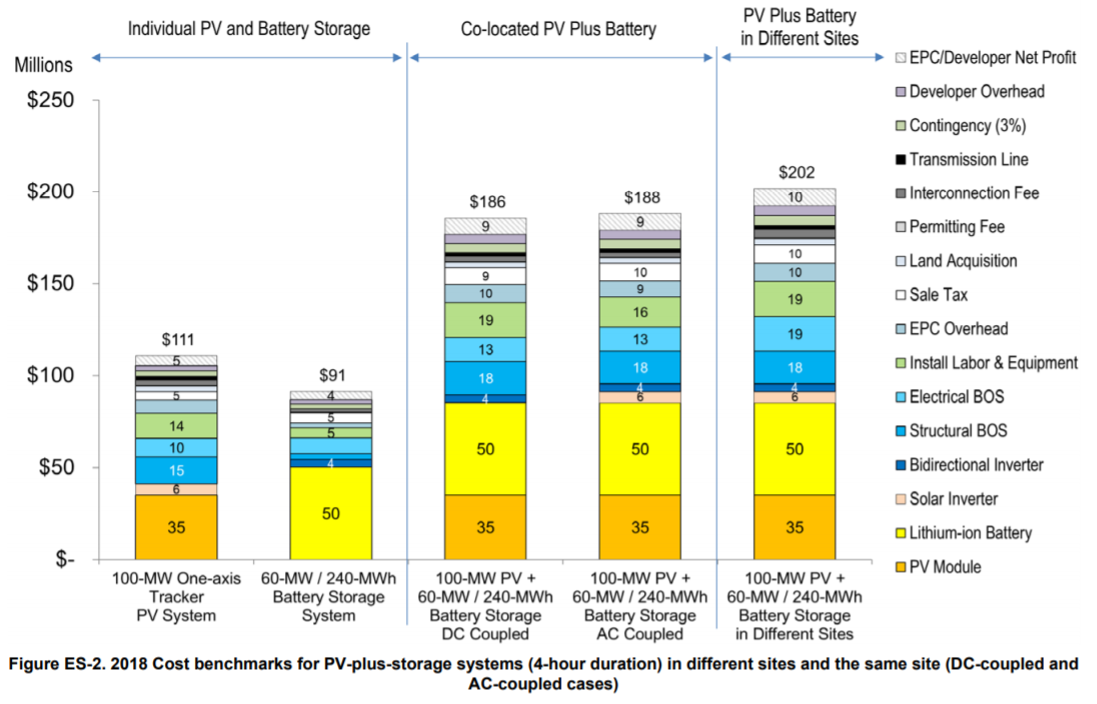 Cole and Frazier (2019) assumed no variable operation and maintenance (VOM) cost. All operating costs were instead represented using fixed operation and maintenance (FOM) costs. The FOM costs include augmentation costs needed to keep the battery system operating at rated capacity for its lifetime. In the ATB, FOM is defined as the value needed to compensate for degradation to enable the battery system to have a constant capacity throughout its life. The literature review states that FOM costs are estimated at 2.5% of the $/kW capital costs.

In the ATB, the FOM cost remains constant at 2.5% of capital costs in all scenarios.